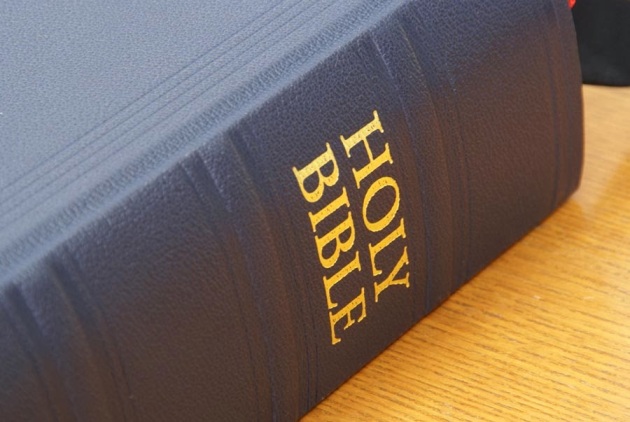 It has been a while huh? I bet most of you haven’t noticed but I haven’t put out a blog in nearly 6 weeks and I think that is some sort of record for me. In that time I have not been idle, I have been doing some reassessing and looking at myself and as the church at whole introspectively. This blog article is not dedicated to any particular group of Christians but to Christianity as a whole. The verses I want to look at today are a well-known passage in Revelation…

Revelation 2:1 (ESV) “To the angel of the church in Ephesus write: ‘The words of him who holds the seven stars in his right hand, who walks among the seven golden lampstands. 2 “‘I know your works, your toil and your patient endurance, and how you cannot bear with those who are evil, but have tested those who call themselves apostles and are not, and found them to be false. 3 I know you are enduring patiently and bearing up for my name’s sake, and you have not grown weary. 4 But I have this against you, that you have abandoned the love you had at first. 5 Remember therefore from where you have fallen; repent, and do the works you did at first. If not, I will come to you and remove your lampstand from its place, unless you repent. 6 Yet this you have: you hate the works of the Nicolaitans, which I also hate. 7 He who has an ear, let him hear what the Spirit says to the churches. To the one who conquers I will grant to eat of the tree of life, which is in the paradise of God.’

I want to go to this church!

When I look at what the Ephesians had together I am amazed I would want to go to this church!!! They had …

Sounds like a solid bunch huh? I know from experience when I have been assessing churches to make sure that my wife and I are serving where we are called to be at this time by the Lord I have a list of “must haves” a list of “nice to haves” and a list that are “cosmetic purposes only” and this was from advice from a Pastor I trust that asked me once “what is your deal breakers?”.

Warning to the new church seeker

I say this because there maybe that guy or girl at the moment who is contemplating switching churches, perhaps for a good reason, perhaps not but I would encourage you to watch out for the Ephesian church, they may be the one with the biggest youth ministry, the best programs, the largest congregation, the best sounding worship, the best light display but outside the Sunday meeting they may be a group who never interacts with each other and are strangers apart from a warm handshake and a bunch of promises to meet (which never materialize).

They may have none of those things and may tick all of your intellectual boxes, they may not have worship down, children’s ministry sometimes happens and sometimes does not but the Pastor teaches some of the most intellectually profound, right on doctrine that flexes your spiritual muscles on a weekly basis, the exegesis and hermeneutics are phenomenal and the teaching is at college level theological seminary and new believers learn a lot of spiritual language but is light on application and you see quickly that apart from the weekly lecture, there is no mentoring, no feeding into one another and loving on one another apart from maybe one or two individuals but the culture of love is not present and you know that a year down the line you won’t know these people any better than today.

Those are two extremes of course and the church you are looking at will most probably be somewhere in the middle of those but what they have in common is that while each opposite have vital components that will get people through the door if they are Ephesian in nature and forgotten their first love then all else is in vain. As Shakespeare would say “it is all for nought”.

Beware of the Pharisee Christian

However…you can fall victim to the human nature that thinks that as you progress as a Christian you become “too good” for the things you did as a baby Christian (or the basics) but I would remind you that you would not build a structure without a foundation and even if you become a master builder and have built many fine buildings, imagine turning up a new job and stating to the works foreman that we “would not bother with the foundation as this building will be great because I am the builder”. All you are setting yourself up for is a building that will fall and a reputation ruined… How is your relationship building with Jesus? Is the foundation sure?

This I have against you…

“V4 But I have this against you, that you have abandoned the love you had at first. 5 Remember therefore from where you have fallen; repent, and do the works you did at first.”

The word “abandoned” is telling here, it is not like losing your keys, they had made decisions to leave their first love, that to me is the saddest part of the passage and even although internally they were like whitewashed tombs (Matthew 23:25-28) They had left the love of God and the love for one another, they no longer had that first love of Jesus, like a marriage that both parties have allowed to become stale they no longer have that new romance spark and they did not allow it to mature so they have a broken relationship.

They are prodigals or wayward sons that have still got to come to that afternoon in the pigpen eating swill and realizing that they could have it much better as the lowest servant in their father’s house. Like the father in that account in Luke (Luke 15:11-32) when they returned to the love of the father there was much celebration, forgiveness and absolution of the sin that cause the son to go so low.

We are all sinners and the Ephesian church did not always have it together, read the epistle to Ephesians if you do not believe me. We all need repentance; we all need forgiveness whether your sins are few or many and we all could do with being closer to Jesus and I commend you all to learn the lessons of the Ephesians, take the good in what they do and in the spirit of application we need to do the basics, repent, find our first love and then follow Gods plan!

God bless and I pray this was a blessing and please feel free to like, share or comment on here or whatever social media platforms you use as the Lord leads you to, as always I love questions about this or any other article so please feel free to fill in the form below, all comments are moderated to avoid profanity.
TTE
TGBTG
SDG

We value your comments, please leave a reply. Cancel reply