What’s in a family tree? Jesus in the book of Matthew

This is a series in the Gospel of Matthew which looks to visit the text from the Gospel of Matthew on a line by line and verse by verse teaching and Lord willing we will get through the full book of Matthew, this is part of a New Testament bible study series that you can read all other studies in this section on this link.

We read in this generational family tree that begins the part of the bible that we call the “New Testament” and also the group of books we call “The Gospels” and strictly speaking this was a “Jewish legal genealogy” as the 14th generation stops at the man who stepped in to be Jesus father. Mary’s betrothed husband Joseph. However the messiah qualified through both genealogies in the book of Luke (the genealogy of his mother Mary) and the book of Matthew.

If you read my “advent series” there are some additional readings that talk about some of the many prophecies that were fulfilled in these 17 verses, we read that he was the following…

All this was fulfilled in one man! Tremendous stuff! And Matthew was a man ordained by God to record this genealogy as he was a meticulous records keeper being a tax collector for the Roman Empire he knew how to keep official books as well as the ones where he would be running a personal profit and keep his Roman masters happy.

I find it wonderful that it was the man that we knew was a first-hand witness to the messiah and his works and teachings, he was an educated man as the Romans would not put a man who was not literate and fluent in the business language in charge of the money and he was prepared to follow Jesus and leave an account for us to have an understanding of some basic teachings of Christ.

Matthew is seen as a “Jewish gospel” as it uses Jewish terms without explanation and refers to Jesus in many different Jewish ways and in the 2nd century it was the most quoted gospel of the three synoptic gospels by Christian leaders. Due to its Jewish roots it is in its natural place at the beginning of the New Testament and gives a good link between the Old Testament and the rest of the New Testament. Matthew’s gospel is very much an evangelistic gospel to the Jewish people to show them that Jesus is their Messiah.

I am not going to go too deeply into the messianic claims of Jesus in relation to the points made above and if you wish extra clarification them please click on the bullet points that go into those claims a little bit further and as we come into the Advent season our minds naturally gravitate to questions such as “who was Jesus?” and “why was Jesus the messiah?” and I hope to provide some basic apologetics to help you answer these questions.

This genealogy is different in culture to most Jewish family history in that there are 4 women mentioned. Let’s look at those four women.

•       Tamar – Genesis 38:6-30 – Tamar was a widow to Er and such as the custom of the day his brother Onan refused to bear her a child, Judah promised and withheld his next son Shelah, knowing that she had no heirs she played a harlot by the street and enticed her father in law to lie with her in order to produce an heir, that heir became Perez and Zerah.

•       Rahab – Joshua 2, Joshua 6 – Rahab was a prostitute who lived on the city walls of Jericho who God saved her life and out of her life of sin by allowing her to help the children of Israel when they attacked the city of Jericho.

•       Ruth – Book of Ruth – A Moabite widow who despite a recommendation from her former mother in law Naomi to go back to her mother’s house she followed her home and eventually was redeemed by her kinsman redeemer Boaz.

•       Bathsheba – 2nd Samuel 11:2-12:24 – Matthew doesn’t call her by name but refers to her by the wife of her husband who was killed in battle, David sinned with Bathsheba, she lost that child and then had a second child by David who was the one mentioned in this family tree, the child grew up to become King Solomon.

3 out of 4 of them would not be described as “Proverbs 31” women huh? So next time you even attempt to say that “my sin is too much to keep me from God” or too much has happened in my life to be rescued by God then please remember these women and remember that they played a part in the history of the most important birth in the history of the planet. I love that about the Bible that it gives the “warts and all” history of its hero’s. It records the successes and failures and we can learn from this even today. God can use you; you just have to be willing to be used.

When we look at the history of earthly kings and queens we see a certain family lineage and certain families who have joined together in matrimony to keep a bloodline that is of a certain kingship or nobility. We do not see that in the history of the King of Kings, we have prostitutes, we have people who have deceived, we have had a child come from a couple whose first union was because of an affair and lastly we have had people who have mourned and been redeemed.

You are less than perfect, I am less than perfect and we can be adopted into the family and grafted into the natural branches. (Romans 11;1-36) and despite that fact that we have all sinned and fallen short of God’s glory (Romans 3:23) we do have an out to our sinful life by our own kinsman redeemer called Jesus Christ who died on a cross for our sins. We no longer have to continue in our sins because we have the opportunity to be in heaven due to Christ’s sacrifice.

Lastly Matthew tells us in verse 17 that Jesus was the son of Mary and Joseph was the husband of Mary. Matthew was very careful to make note that Joseph was not Jesus biological father and despite the fact that he had included the genealogy of Joseph, he had done so in order to preserve the legal aspect that the Jewish scoffers and skeptics would be looking for in order to try to disprove the claims that Jesus was in fact the Messiah.

Which brings us back to the fact that it was God ordained that Matthew with his meticulous eye for detail and education background that he was the man ordained to bring us this gospel. God willing I pray that you will come back and read the next installment when we publish it.

God bless and I pray this was a blessing and please feel free to like, share or comment on here or whatever social media platforms you use as the Lord leads you to
TTE
TGBTG
SDG 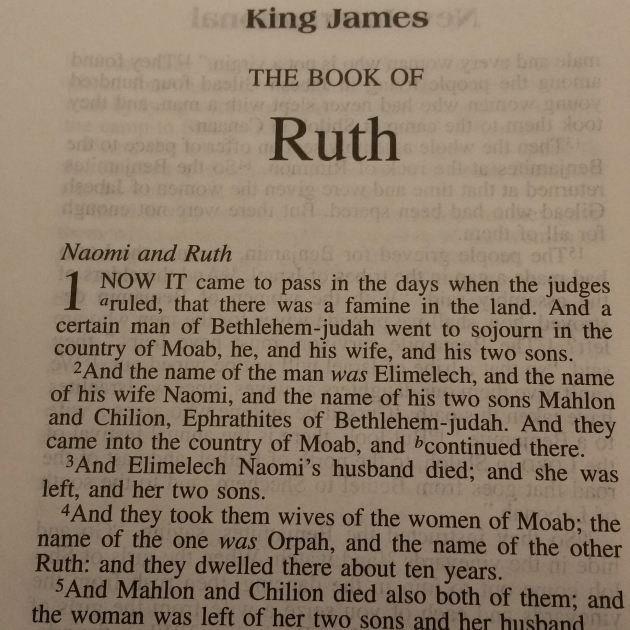 This article is part of a series called Bible in a year,  for the full year please check out our BIAY home page, or for March check out our March page.

Thank you for checking out “bible in a year” post for March twenty first.

Today’s scripture is as follows:

Have a blessed Shavuot all my Jewish friends 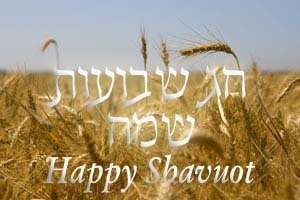 Today is Shavuot in the Hebrew calendar and I wish to convey special greetings to any Jewish readers looking in today. I like this observance due to two parts of the modern observance; the five parts of the observance are as follows:

I identify with the reading of the book of Ruth and the study of the scriptures, (who couldn’t do with some quality time in the word of God?) not being Jewish myself my understanding of the festival is based on what I have read up on about this date in the calendar. If we have any readers who have experienced the festival then please fill in any blanks I have missed.

I love the book of Ruth, Ruth dealing with her own grief of losing her husband, has the option to go back to her own family and be cared for as a widow, instead she chooses to love her mother in law and align herself with her stating

“But Ruth said, “Do not urge me to leave you or to return from following you. For where you go I will go, and where you lodge I will lodge. Your people shall be my people, and your God my God.” (Ruth 1:16 ESV)

Talk about choosing the less trodden path, she aligns herself with Naomi who couldn’t offer her a husband to give an heir to carry on the family name and she chose Naomi, her place she was headed (Bethlehem) and her religion, serving the one true God. She was a proselyte to the Jewish faith.

The story goes that she finds her “kinsmen redeemer” an honorable man called Boaz, he favored and protected her when she was providing for Naomi, Ruth goes to Boaz and stake a claim on the threshing floor, Boaz is honest and states that he must also settle a matter with a man who was a closer relation than he, (3:11-13) Boaz obviously loves Ruth with the zeal that he pursues her. He redeems Ruth (4:1-12) in the custom of the day and then fulfills his promise and marries Ruth (4:13-17)

This is a vital story in the history of the children of Israel as Boaz was King David’s great grandfather and vital to Christians as through the line of David we got our redeemer Jesus of Nazareth. (Matthew 1, Luke 1) I love this redemption story and I remember where I was without my redeemer.

…but God shows his love for us in that while we were still sinners, Christ died for us. Romans 5:8 (ESV)

I pray that regardless of where you are today, that you need a redeemer if you are still in your sins. It is no coincidence that you are reading this and I pray that you answer the stirring in your heart. That redeemer is Jesus Christ. Jesus said in the Gospel of John

John 14:1 (ESV) “Let not your hearts be troubled. Believe in God; believe also in me. 2 In my Father’s house are many rooms. If it were not so, would I have told you that I go to prepare a place for you? 3 And if I go and prepare a place for you, I will come again and will take you to myself, that where I am you may be also. 4 And you know the way to where I am going.” 5 Thomas said to him, “Lord, we do not know where you are going. How can we know the way?” 6 Jesus said to him, “I am the way, and the truth, and the life. No one comes to the Father except through me

There is one way to heaven, by committing your life to Jesus Christ.