Why Christians should J’adore Paris 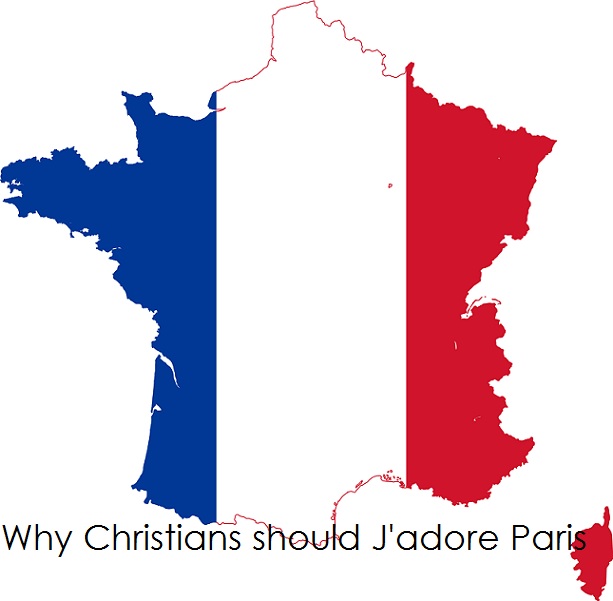 Matthew 5:4 (ESV) “Blessed are those who mourn, for they shall be comforted.

It has been quite a week hasn’t it, last Friday we learned of multiple assaults on the French capital Paris that were attributed to a terrorist group called ISIS. Personally having been there I know that it is a beautiful, vibrant and a city that is very proud of whom they are and it is a city that is no stranger to being attacked in such a violent manner.

As Christians it is difficult not to get caught up in the idea that “the perpetrators must pay” and “revenge is the only option” and whilst I am not surprised nor unhappy that France chose to retaliate within 48 hours and I would never criticize their national policy, I do feel that as Christians it is as the verse above states our job to comfort the mourning.

This attack was not just an attack on France it was an attack on our way of living. It was a reminder and a reinforcement that we do have people out there who do wish to harm us and wish us harm. As Tony Blair stated on the day of 9/11 when he said “We are all Americans today” I would say that “Je suis Parisiens” (We are Parisian) And for me that is why it has hit us on a level that we have not been hit since that fateful day in September 2011 and made us remember how we felt on that day.

Jesus spoke the words above as part of a greater sermon called “The Beatitudes” where Jesus said some words that were quite revolutionary at that time of Roman occupation where the mourning were not comforted, the meek were not inheriting the earth, the merciful did not always receive mercy. Jesus spoke words directly from heaven and touched men’s hearts in a way that empty religion could not. We as Christians should do likewise.

This suffering is temporary

Romans 8:18 (ESV) For I consider that the sufferings of this present time are not worth comparing with the glory that is to be revealed to us.

Paris you have been given a sucker punch right to the gut of the heart of your country and I pray for you and yours at this time. They have struck right at the heart of a city that was just beginning its weekend at the core of national pride, the national stadium where the beloved “Les Bleus” were playing an old foe Germany in an association football match to warm the team up before the big games in the same city the following year.

I grieve for those people who lost loved ones in the 129 souls that perished that night between the various places that attacks took place. My prayer is that they knew Jesus Christ as their Lord and Savior and I pray with condolence and sympathy for you oh loved ones that you may find comfort in the “great comforter”.

I take solace in that I believe there will have been more people praying for France this week than at any other time since WW2. I stated on my Twitter feed this week the truth that is pictured above that “The last time France had so many allies was WW2” and despite the great sufferings you experience and grief is a real heart wrenching thing to go through, but there is Salvation in the Lord Jesus Christ and I pray for the nation of France to turn to Jesus at this dark time.

I shared this week on my Facebook wall the incredible testimony of my brothers at Calvary Chapel Paris who met for a service two days after the attacks and they did not just have an increase in numbers but in the fragility of death being so close it allowed people to examine where their faith was. It really made people look at the truth of Paul’s writings in 1st Corinthians 15…

1st Corinthians 15:54 (ESV) When the perishable puts on the imperishable, and the mortal puts on immortality, then shall come to pass the saying that is written: “Death is swallowed up in victory.” 55 “O death, where is your victory? O death, where is your sting?” 56 The sting of death is sin, and the power of sin is the law. 57 But thanks be to God, who gives us the victory through our Lord Jesus Christ.

I would urge you that behold now is the accepted time and now is God’s day of Salvation, (2nd Corinthians 6:2) and if you are not assured of your place in heaven I would urge you to either contact me to discuss or please let a pastor or minister know and we would be happy to talk you through accepting Jesus into your heart and being born again.

He heals the broken hearted

Psalm 147:3 (ESV) He heals the brokenhearted and binds up their wounds.

And this is the truth of the whole Bible that there is no hurt, there is no valley to deep, to depths in which we can plunge to that would not be able to be healed by God. I serve a big God that created us in his image, knows our innermost parts before we were knitted in our mothers wombs one who cares about you regardless of the wrong you have done or how far you think you have travelled to God, he is willing to have a relationship with you, that is why Jesus Christ died on the cross for your sins.

This message is for the Parisian as much as it is for the ISIS terrorist that you today could be in heaven if you put your faith in Jesus Christ. Jesus said in the Gospel of John chapter 14 verse 6 that “he is the only way to heaven” no one comes unto the father (God) except through him. I pray for a true revival in the city in a movement that moves hearts and minds and the nation repents and follows Jesus Christ. I read the following in 2nd Chronicles 7…

2nd Chronicles 7:14 (ESV) if my people who are called by my name humble themselves, and pray and seek my face and turn from their wicked ways, then I will hear from heaven and will forgive their sin and heal their land.

And this is my prayer, an abundance of prayer in Paris and a healing of the land! Please know my Parisian friends I do grieve with you and lament that this had to happen to you and as a Scotsman I have a special affinity towards the French due to our shared royalty and history. Most Frenchmen I have met have been good sorts and a credit to your country and my overall opinion of your country is favorable due to time spent there and people met. I have a great love personally for Paris as a city and have my own personal feelings about the attackers.

To any Muslims looking in

Jihad is not the answer! ISIS is not the answer! Jesus Christ is! He is the Son of the one true God and he spoke about how to recognize his true disciples and that is “if you had love for one another” (John 13:35) There are no virgins awaiting you in Paradise and you do not have to kill infidels in order to be assured of celestial paradise. I would love to speak to you regarding a relationship with Jesus. I pray for you and grieve that you have not found him as your Savior.

I pray this article was a blessing, feel free to share, comment or like on whatever social media platforms you use as the Lord leads.
TTE
TGBTG
SDG