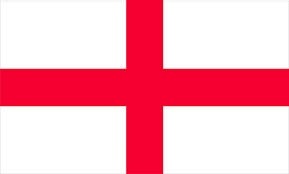 DISCLAIMER:- the views expressed are the views of the author alone, TTE does not normally comment on political issues but this is an important issue for the author. We will return to Bible studies in the next article.

As most of you who know me personally will know, I am a strong advocate politically of Scottish independence and the upcoming vote in September on whether Scotland should be an independent nation and secede from the Act of Union of 1707.

That being said, should a yes vote actually happen, in my view as Scots we have to lose the “English chip on the shoulder” as a good relationship with our neighbours to the south has to happen.

Just to see how plausible that was, I did a little experiment on my Facebook wall last night. I am a passionate fan of football (soccer for the US readership) and I love seeing my club team (Dundee United) and my national team (Scotland) win every game they play.

As most of you will be aware, the World Cup is happening in Brazil at present and Scotland have been unable to qualify. Our neighbours to the south England have, but in many cases the Scots will usually cheer on ABE (Anyone but England)

So last night I did what I call “The Jacobite experiment” over the piece I have stated that as I live in the US now I would like to see them do well and that is true. I hope the USMNT get as far as they can in the tournament, however everyone assumes that I as a Scottish nationalist, will actively be cheering against England.

I actually don’t see that viewpoint, I don’t hate our neighbours in the south, we share many traits and joint history since this “marriage of convenience” began. We have fought under the same Union flag and share broadcast, newsprint, currency and telephone exchanges with them. I just believe that rather than being a 9% minority where the vote does not count and having policies foisted upon us that hinder the growth of my country, it is time to go our separate ways. Nothing personal, it is just for the good of the country.

Back to the experiment, I placed a flag of Saint George (the traditional flag of England) on my Instagram wishing England well and a Facebook post urging England to beat the Italians.

Unsurprisingly I got a few queries, but the sad part of the experiment was not on my posts, but on the posts of others gloating over a 2-1 victory for the Italians.

My hope for my nation is that we can be grown up enough to want to see our neighbours do well, that way we can get past the “No true Scot” mentality that some of us have where we blame everything on the English. We may have to actually man up and look at some of “plooks we see in the mirror”.

I am not against “banter” but these posts have a more sinister feel, the actually could be described as hatred.

This article will not be popular and I am not all that fussed if it is or isn’t! We have to get past the idea that a vote for Yes is some “get it up the English” this is a one way street with no U turns.

Think of the nations who have declared independence from the UK, the Republic of Ireland, Canada, Australia, India, New Zealand, think if all the countries that at one time had a Union flag in the top left hand corner of their flag, Britannia no longer “rules the waves” and the Empire is over! Of these countries NONE are begging to be ruled again from London.

Why did I choose the verse above? Well replace the word Nazareth with “England”, “London”, “Liverpool”, “Manchester”, “Birmingham”, “Newcastle”, wherever and you may see what I am driving at.

Like I say, I am not anti-English or even anti-European, but what I do want is for the buck to stop in Edinburgh rather than London for the constitutional decisions that affect the people of Scotland.

The Yes campaign have had it hard, they have the mainstream media being their press campaigners, the message in many cases are not going through and quite a few headlines are twisted to a pro-Union viewpoint, in some cases, headlines are created to give a view that is not present in the article.

I love my country, there are times where the Union served Scotland well in the beginning, but in more recent times it has not been beneficial to Scotland. It is time for a change, that can be achieved in a vote in September for the Yes campaign.

I don’t get involved with US politics mainly because I can’t vote for a president!